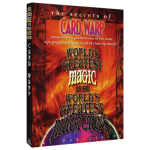 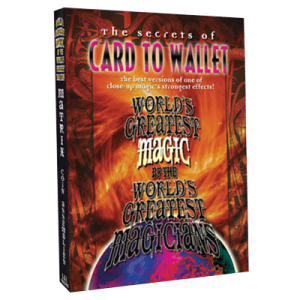 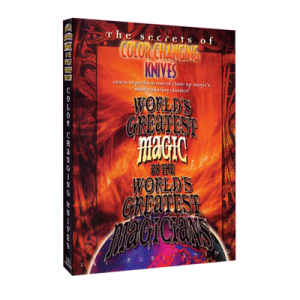 It’s been said that Roy Walton invented one of the most original card effects of all time with his Card Warp, and ever since then, magicians have taken this concept to even more baffling heights. How can a flat two-dimensional object like a playing card turn completely over even when folded into another flat object?

You’ll learn the secrets to Roy Walton’s original two-card brainchild, as expertly performed and taught by Michael Ammar. Then, you’ll watch and learn some different and original presentations for the original Card Warp as Scotty York performs and teaches his decidedly adult version and Eugene Burger uses the cards to demonstrate a horrifying history lesson. From there, you’ll move on to even more visually amazing versions that use a card and a borrowed banknote, such as Michael Close’s Dr. Strangetrick and Howie Schwartzman’s Star Warp, as taught by Ammar again. Paul Diamond will demonstrate how to make the face of a deck change when it’s wrapped in a bill, even when the spectator holds it. You’ll also see and learn Bruce Cervon’s Warp II, possibly the most baffling version of Card Warp ever created.

The Inquisition
Eugene Burger
(performance only)