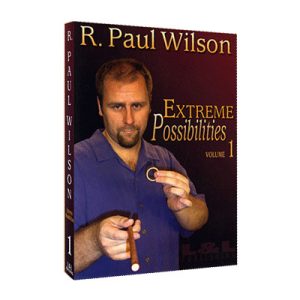 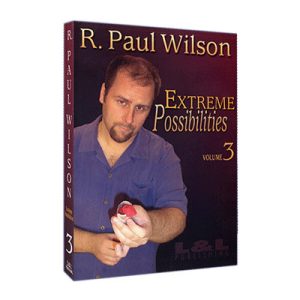 A collection of killer material from one of magic’s most creative minds. These brand-new videos feature some of Paul’s favorite close-up effects and stand-up routines. R. Paul Wilson’s classical approach combines old and new methods to produce incredible magic for every situation and for every level of skill, from beginner to expert.

Tantalizer Too – A Royal Road classic is given a killer twist.

Justify Me – A Collectors routine with a difference. Three selections trapped between four Jacks disappear and reappear amongst the Aces.

Thinking It Over – A thoroughly baffling version of the Cards Across plot. A thought-of card vanishes from one packet and appears in the other.

Far Too Many Cards – A simple, entertaining effect for any occasion.

A New Wave – Three coins appear, vanish and reappear without the need for expensive gaffs.

Ricochet – Paul’s famous version of the Reset plot. (Performance Only)