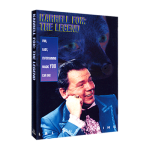 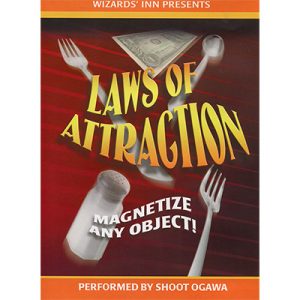 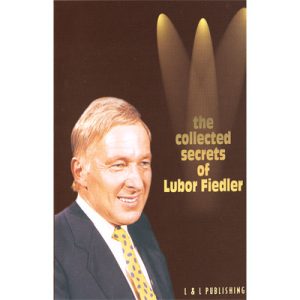 Popularly known as “The King of Korn,” Karrell Fox was truly one of magic’s singular characters. He was a superb performer in almost every branch of the magical craft – comedy, mentalism, children’s entertaining, trade show presentations, and more. At sixteen years of age, he managed a magic shop and then went on to appear on famous television shows such as The Ed Sullivan Show. He also appeared weekly in his own TV spots as Milky the Clown, a series which lasted many years. As an ideas man, Karrell topped the lot with clean-cut notions that are practical in working and effective in performance. Every one of the following routines is performed and explained on this video:

X-Ray Glasses – A selected card is revealed in an amazing – and hilarious – manner. Easy to do yet incredibly commercial.

Flip-Over Cards – Four matchbooks turn a simple four-Ace production into a piece of theater. The basic method can also be used for four selected cards.

Why Not? Papers 2 Bills – Five pieces of newspaper instantly turn into five one-dollar bills in a very visual trick that’s easy to construct and perform. Perfect for trade shows!

Loop Lift – A “Foxy” way of cutting and restoring a rope – easy to do yet very commercial. This method can stand on its own or be added easily to any existing routine.

Mene-Tekel Book Test – A freely-selected page is torn from a magazine and kept out of sight, yet the performer is able to describe the contents of the page in exacting detail. A clever ruse eliminates all of the memory work usually needed for this type of effect.

Papa-Rose – Two pieces of tissue paper – colored red and green – are bunched together and magically turned into a real flower that can be given to the spectator.

Sealed Stab Prediction – A card is selected by a spectator by sliding an envelope into the middle of a pack of cards. The selection is then shown to match the performer’s prediction contained inside of the envelope.

Jig-Saw Cards – A card is selected from a packet of ten and once returned, the cards are torn into quarters. The forty pieces are dropped into a paper bag and mixed and the performer randomly removes four pieces that are then fastened to a clear plastic panel face down. When the panel is lifted, all four pieces of the spectator’s card are revealed. A wonderful trick suitable for all working conditions.

Cane to Wand / Cane to Rope – Two different, and highly commercial, uses for a standard vanishing cane that can make a startling opener for another routine in your show.

Flash-Strip – A strip of tissue paper is openly torn into small pieces yet is instantly and visually restored. A terrific opener for any platform or parlor show.

Magachange – Two magazines with completely different covers are shown. The performer places one magazine under his arm and displays the remaining one. Instantly, the magazines switch places! Easy to construct and perform yet amazingly visual.

Sonuva Switch – A simplified version of the classic McCombical Prediction. A jumbo card is shown as a prediction and wrapped in a piece of newspaper. A card is selected from a deck of cards that turns out to be different than the prediction, yet when the jumbo card is unwrapped, it’s shown to have magically changed into one that matches the selection.

A Two-Fisted Book Test – A dead-simple way to perform a book test that requires nothing more than an ordinary, unprepared book. Not only is it strong mentalism but you’ll be doing it in your own show almost immediately.

This video was originally released by Supreme Magic under the title “The New Karrell Fox Video.” Due to the unavoidable ravages of time, a few technical anomalies may be noticed.