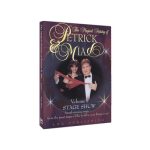 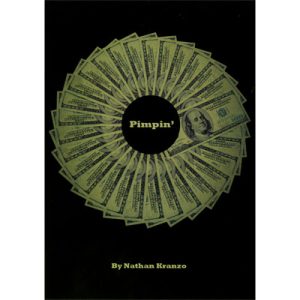 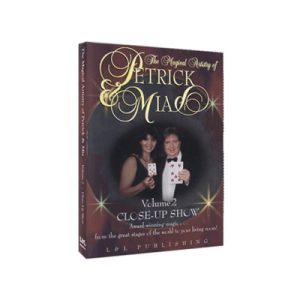 Petrick & Mia have cast their magic spell over audiences the world over-from the showrooms of Las Vegas to the most prestigious stages in Europe. Winners of many of magic’s most celebrated awards, including the Dragon Award, FISM Special Award of Merit and the Academy of Magical Arts Award, Petrick & Mia’s special blend of magic, comedy, modern wizardry and originality have enchanted and amazed audiences for over 20 years. In this stimulating video series, Petrick & Mia perform their original magic creations for an enthusiastic audience and then take you backstage to meticulously explain the devilish and innovative workings of it all. You’ll marvel at the impact of Petrick & Mia’s magic and then you’ll be thrilled at how clever the thinking behind it all is and how simple it is to add these miracles to your own act. Whether you do stage, parlour or close-up work, you’ll love the magical artistry that is Petrick & Mia.

On this volume, you’ll be treated to amazingly visual effects perfect for the platform performer.

Cut & Restored Ribbon – The performer shows two lengths of ribbon and then clearly severs them. With just a gesture, they are restored.

Rose Surprise – Flower blossoms are produced from an empty cylinder.

Coin Production – Large silver coins are produced out of nowhere from a sheer scarf.

Jumping Knot – A red scarf is laid inside a folder. A white scarf is knotted. At the performer’s command, the knot vanishes and is found to be tied in the red one.

Linking Silks – Three sheer scarves are tied into loops which then link and unlink in inexplicable and astounding ways.

Mia’s Silk Puffs / Three Mysterious Knots – Knots are tied into the centers of three sheer scarves. The scarves are then tied together in a loop yet the center knots magically untie themselves while the scarves remain tied to each other.

Silk into a Bouquet of Flowers (explanation only) – An extremely clever method for producing a bouquet of spring flowers in the center of a sheer silk.