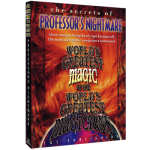 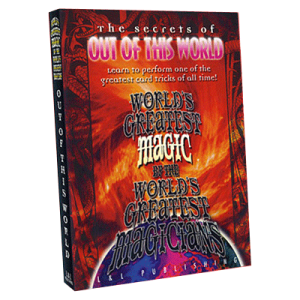 Out of This World (World's Greatest Magic) video DOWNLOAD $14.95 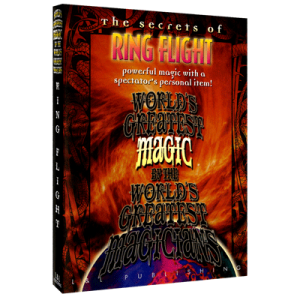 In the mid-Fifties, Bob Carver created a sensation with a rope effect he created based on ideas from Hen Fetsch. In fact, before he could be awarded the IBM Originality Trophy in 1957, he had to expose his creation’s pure sleight-of-hand method to the judges. Later dubbed Professor’s Nightmare by Gene Gordon, the effect of three completely examinable ropes of differing lengths magically becoming the same size has become a classic of magic.

You’ll meet six different performers, all with their own singular takes on this wonderful effect. Funnyman Michael Finney starts off with his version, honed by years of exposition on countless comedy club stages and he shares many performance tips that make the routine both easier and stronger. Dan Fleshman follows with a great walk-around version that would fit quite nicely into the repertoire of any strolling performer. The great Bob Read’s performance is an object lesson in how to take a well-known effect and make it truly your own while Al Schneider’s version brings the mystery of this effect to the close-up table. Marc DeSouza is next with a stage routine choreographed to music that features a synthesis of ideas that begin and end with a single length of rope. Finally, Dan Tong also begins with a single piece of rope, continues through the Professor’s Nightmare sequence, and ends with a completely restored length, a perfect routine for working a large table while strolling.

Many have relegated the Professor’s Nightmare to a stock trick but this is a mistake. As Michael Finney so aptly says, “Don’t be embarrassed to do it. It’s a great trick. The layman loves it…and you’ll like it!”