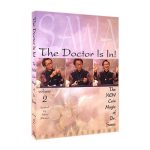 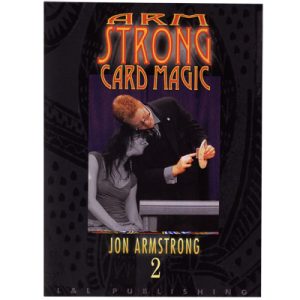 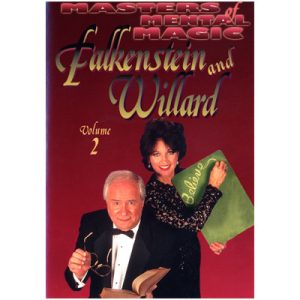 The Doctor Is In – The New Coin Magic of Dr. Sawa Vol 2 video DOWNLOAD

1. Gold: Three over sized copper Belgian coins are used. The first becomes gold, then the second. The third becomes silver, and then becomes gold!
2. Maple: Using a deviously simple method, a large silver Canadian coin suddenly develops color, and yet only one coin is used.
3. The Locked Room: A beautiful penetration of a coin into an inverted wineglass, followed by a penetration through a dinner plate, with a bonus surprise at the finish.
4. Pin Point: A coin with a hole through its center is fastened onto a large safety pin. The coin jumps from one rung to the other, so that now it can’t be removed-an “impossible object” that can be thoroughly examined.
5. Cushion Impossible: A ballpoint pen is pushed through two half-dollars, causing visible holes to appear, then vanish. Finally, the two coins change into Chinese coins with the holes returned!
6. Lincoln’s Paper Weight: Three pennies are pushed inside a solid block of transparent acrylic. They’re really inside! The coins are pressed deeper, then all the way through, leaving the block unharmed.
7. Goat: A Sawa classic updated. Twisted tissue is used to create a “goat” that eats paper balls. When fed paper currency, the goat coughs up change!
8. Bermuda Triangle: An exotic presentation wherein coins pass through a table, with an extraordinary unexpected ending.