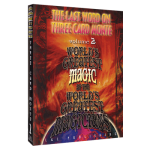 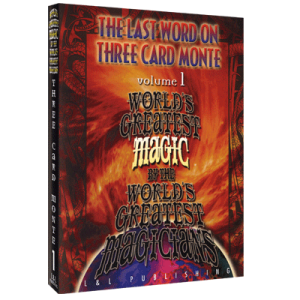 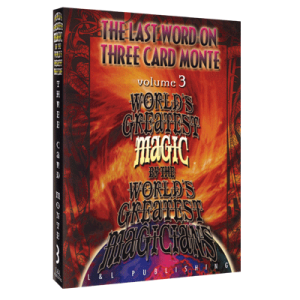 In Volume 2, you’ll meet a number of performers each with their own take on this old swindle. Bill Malone begins with a typically hilarious version of Michael Skinner’s ingenious monte trick while Boris Wild uses a money card with a different-colored back and the audience still can’t find it! Alexander de Cova combines Monte and Wild Card to amazing effect while Harry Lorayne has three completely and highly entertaining monte-style routines. Garrett Thomas presents a variation on a classic of packet trick magic using cards from a regular pack while John Luka presents a jumbo card monte suitable for stage performance. Michael Ammar finishes strong with Louis Falanga’s Virginia City Shuffle, a four-card routine where the audience cannot keep track of an Ace among three blank cards and is especially bewildered to find that, at the effect’s conclusion, that there are now three Aces and only one blank card!