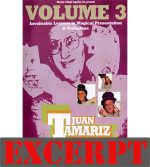 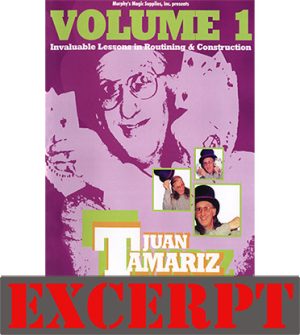 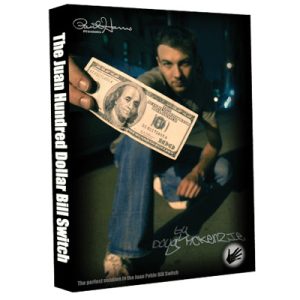 Juan is the consummate performer. Armed with only a deck of cards he can entertain a small group or a packed auditorium for hours. He is hilariously funny, but at the same time he’ll fool you like you’ve never been fooled before. He is one of magic’s greatest thinkers, a master of misdirection and a magic philosophy, and he has never had a large body of material recorded… until now!

– 4 Aces: Juan’s hilarious ace assembly wherein the spectator does all of the magic! A masterpiece of presentation!