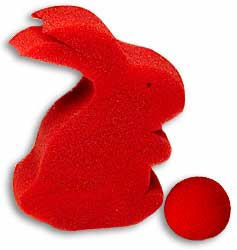 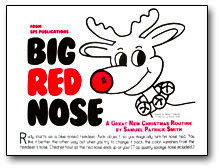 In search of the Giant Snow Monster-a great sucker trick with a surprise punch! You show five cards blank on both sides (snow) and a sixth card with a picture of a strange footprint-Bigfoot! The Bigfoot card is mixed in with the blanks and the spectator tries to “track down” Bigfoot by selecting a card. The chosen card is turned over and sure enough, he’s found Bigfoot! Amazing! The spectator tries again, and you triumphantly show the face of the selected card stating that the spectator has again tracked down Bigfoot!! However, the spectator points out that it is a blank card!

“I don’t know how you missed. You must have gone snow-blind!” you say as you show the rest of the packet is now all Bigfoot cards!