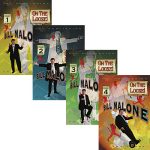 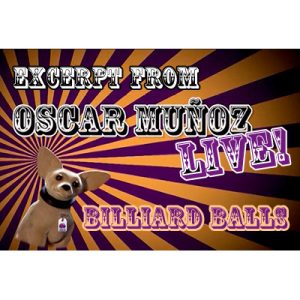 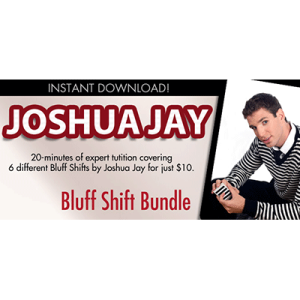 Bill Malone On The Loose (Vol. 1 thru 4) video DOWNLOAD

For the last 25 years, Bill has made his living performing magic and along the way, he’s made numerous appearances on national television (including NBC’s “World’s Greatest Magic” and “Lifestyles of the Rich & Famous”) in addition to performing for high profile clients that, if listed, would read like a “Who’s Who” of corporate America.

In the “On The Loose” series, you’ll see why Bill is one of the most entertaining and successful magicians of our time-and you’ll learn some powerful, commercial magic at the same time. Besides tricks, you’ll be privy to inside information from a guy who really knows the business side of magic-tips that will help to bring your own performances to life and make your business as an entertainer more successful.

With Bill Malone, it’s all about presentation, style and timing, so sit back and enjoy your front row seats for one of the funniest magicians on the planet. You’re entering the Malone Zone-and Bill is on the loose!

Sam the Bellhop Bill’s signature effect as seen on TV’s World’s Greatest Magic, explained with all the moves and timing in complete detail.

Cheating in Las Vegas with the Aces A display of card control Bill has been performing for over 20 years.

Back the Way They Were Commmercial thoughts on presentation for Dr. Daley’s Last Trick. This classic should be in every professional’s close-up bag!

Test of Strength The Slydini Silks is truly one of magic great secrets. See Bill Malone’s performance and hear him explain this classic of magic!

Counterfeit Money Bill’s stand-up version of Bill in Lemon. You will love this one!

Cut ‘Em High and Tie Using the element of surprise, Bill takes a Spectator Cuts the Aces routine to a whole new level!

Favorite Opener Bill uses this all the time when he really wants to blow them away! Bill says, “This is strong-try it and you will see how powerful this really is!”

Matrix Presentation An example of how to turn a great trick into an entertaining routine of amazement and fun!

Direct from the Factory Inspired by Michael Skinner, this version of the Mental Photography Cards is Bill’s favorite!

Apex Aces 2002 An important touch on the original Apex Aces plus visual reappearance!

Name Any Number and You Can Do It Too! Two card classics come together with Bill’s magical blend of Paul Cummins’ masterpiece, Count On It, and David Solomon’s ingenious Cutting Tens!

Bill’s Cards Across As seen on ABC’s Champions of Magic! Your audience will love this fun routine which Bill uses all the time for stand-up and close-up.

Standing Ovation Invisible Deck Bill’s wonderful presentation for the Invisible Deck, which builds and builds into a guaranteed standing ovation!

Twisted Flush A Marlo twisting routine with a surprise ending!

How Cheaters Cheat Bill’s audience-tested Invisible Palm routine, which he has been performing for over 20 years!

Radical Aces An extremely visual Ace production from a deck first shuffled by a spectator. Resetting Reset Bill’s version of Paul Harris’ Reset which he performed every night for three years at the famed New York Magic Lounge in Chicago.

Skinner’s Matches For the first time Michael’s entire impromptu match routine which surprises even the most intelligent spectators!

Walk Around Knives Bill’s color-changing knife routine. Perfect for the strolling magician when no tables are available.

Four Burglars A funny version of the Four Burglar trick with a knock-out punch at the end. Only Had Two A brilliant idea from the legendary Mr. Larry Jennings!

Two Card Impossible Location A Marlo card location with an interesting idea of covering the method!

Bill Malone on the Multiple Selection Bill’s whole routine plus a great new convincing control for the selections!