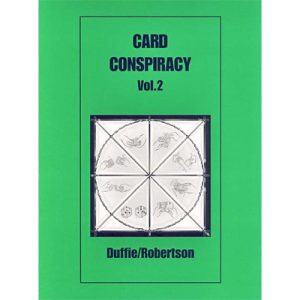 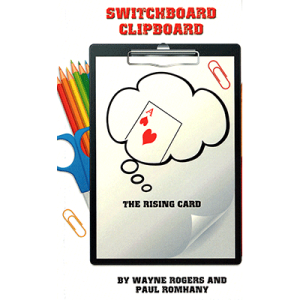 All Using a Regular Deck.

And all at a GREAT Price!

K.F.C.
A card attached to a ribbon with a sticker changes into the selection.

Misdirection Monte
A bluff explanation of Three Card Monte ends in the revelation of a previously signed selected card.

From Beyond the Veil
A two-card discovery with a little help from the spirit world!

Biddle Wed
Another look at the classic Hofzinser plot where Kings and Queens magically marry!

Numberville
A self-worker based (loosely) around the Card at any Number plot. The effect is “almost” hands off.

Royal Apex
You cause the four Queens to vanish one by one. Then, in a fast series of actions, you cut the deck into four piles, each with a face up King on top. Finally, you reveal that each King has found his Queen.

Populace Revisited
A different handling for a previous effect that appeared in Covert Concepts. In this version, all four Aces are visible at all times.

Post Production
A trick with an invisible Sticky Note becomes a Miracle with a “visible” Sticky Note!

Searles’ Aces
My handling for an Ace effect that appeared in the Lin Searles Folio of Pallbearers Review. In this version, the X cards that are dropped on each Ace can be shown to be random cards.

Safe Cracker
A Four Spot is inserted into the deck, which you immediately crack open at the middle to reveal a display of four single spots … the four Aces!