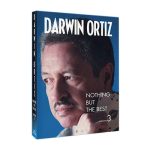 Darwin Ortiz – Nothing But The Best V3 by L&L Publishing video DOWNLOAD
$34.95 Add to cart 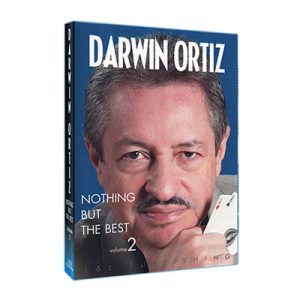 Darwin Ortiz - Nothing But The Best V2 by L&L Publishing video DOWNLOAD $34.95 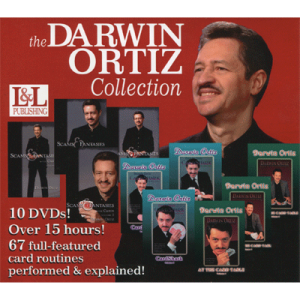 Darwin Ortiz is a rare combination of technician, creator, thinker, and performer. Darwin’s sleight-of-hand skills, combined with his knowledge of gambling scams, have led to his consulting for gambling casinos in a dozen countries. His books on card magic are considered modern classics as are Strong Magic and Designing Miracles, his two best-selling books on magic theory. As a performer, Darwin has worked for numerous Fortune 500 companies, colleges and universities throughout the country, in addition to both the Bush and Obama inaugurals. He has also appeared on numerous television shows and even on stage in a two-man show with David Roth.

In this landmark video series, Darwin performs the most stunning effects from his legendary repertoire – all newly shot in stunning digital clarity – for a very enthusiastic audience. You’ll first see Darwin perform a complete show (a lesson in itself on how to routine card magic to create an immersive and entertaining experience!) Then, after the show is over and the audience has gone home, Darwin teaches his diabolical methods in meticulous detail so that you can add these amazing effects to your own repertoire. What’s more, you’ll also be treated to some of Darwin’s theories on magic and its performance – sage words from one of its most thoughtful practitioners.

Darwin Ortiz had a very simple goal with this video set, one you’ll most certainly agree that he’s achieved – nothing but the best!

Jumping Gemini – This modern classic is widely regarded as one of the greatest packet tricks ever created-and it uses only four cards from an ordinary deck.

The Lucky Deck – You start with a blank deck, you end with an ordinary, examinable deck and in between, you have great, entertaining audience by-play.

Modern Jazz Aces – Considered by many to be the definitive version of Peter Kane’s classic effect.

The Dream Card – Not just a Card-to-Wallet, this is a surreal experience the spectator will never forget.

Darwin’s Three-Card Monte – Darwin’s legendary routining skills are on full display in this authentic version of the famous con.

The Ultimate Card Shark – Darwin considers this the strongest gambling routine he has ever found. You control one card, then four, then twenty, then all fifty-two.

Mexican Poker – A post-graduate course on the classic Ten-Card Poker Deal along with one of the best versions ever from a past-master of this effect.

Theory – One of magic’s greatest thinkers offers his insights on three of the most important subjects in magic: The In-Transit Action, Pacing, and Handling Hecklers.