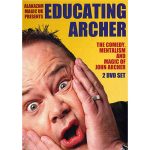 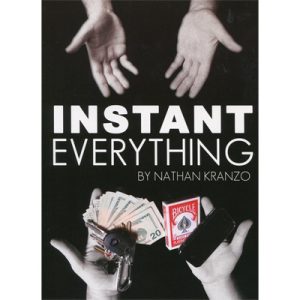 What can I say about John that you don’t already know? John is one of the funniest entertainers I have ever seen! His comedy is funny and his magic is strong. What more could you possibly want from a performer?

In this video you will learn some of John’s favorite routines that have made him one of the busiest magicians in the UK.

If you like good, strong, entertaining and funny presentations accompanied by strong magic and mentalism, you will absolutely love this video.

Here are some of the routines performed and explained on this video:

This is John’s comedy take on a classic plot with one big difference: the deck is completely examined and shuffled by a spectator before the effect! The chosen opener for many mentalists has now got a whole lot better!

John’s opening effect. Under the guise of a record-breaking attempt, John rushes through a magic square at lightning speed (with a lot of humor along the way!) This really gets the crowd going!

Wow!!! This is something really special. Comedy mentalism at its best! Your spectator merely thinks of a word (no force of any kind, no pre-show, your spectator never writes anything down or tells anyone the word that they have in their mind). Yet you have predicted in advance which word they will think of! This is a fun-packed routine with one heck of a killer ending!

This is John’s famous presentation for the Kenton Knepper classic. John’s story will have you in stitches. This is the ideal trick to have on you all the time. A 10 min routine you can do anywhere!

The ultimate comedy presentation for the Koran Medallion. This routine is worth the price of the entire video. A lot of the magicians that were present at the filming of this video have put this straight into their professional act! (Works well for parlor, cabaret, stage, or kids).

If the above routines are not enough to wet your appetite, this video also includes the following gems: Dodeckadeal: a great coincidence effect using a pack of cards; Spoon River: a great comedy spoon bending routine which gets people involved; Stapled: John’s fantastic comedy torn and restored card routine; Chinese Choice: a fun-packed routine using 3 spectators and a night out at a Chinese restaurant, and A Clean Ring Vanish: if you need to vanish a ring at any part of your act, then this is the cleanest method you will find!