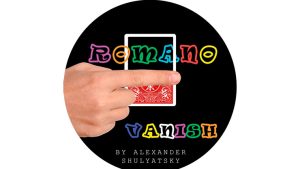 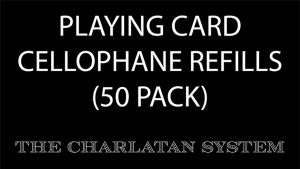 What is Head Tricks?

All of the material within the book can be applied to close up and stage performances.

The routines within could not be any easier to perform but will fool the sharpest of minds.

Volition: Your participant is handed three objects to mix. After deciding which object will go where your participants actions were predicted well ahead of time.

Triveal: Merely thought of playing cards are revealed and predicted ahead of time.

“So simple, amazing and astounding.”
– Daniel Meadows, magician and creator.

Foreseen: Your participant guess which hand an object sits in five times. The performers prediction astonishes all as it reveals he knew the outcome in advance. Then, jaws drop for a second time as the performer reveals that he knew every decision the participant would make, and what’s more, the prediction has been in the participants pocket from the word go.

“Joel has really moved forward the “which hand” plot. This is a very elegant solution, with some clever thinking and efficient routining.”
–Marc Paul.

“Joel, this is genius! There were a few times while reading the routine when a big smile appeared on my face. This is a brilliant routine and finally a “which hand” type routine that I want to perform! No logic puzzles or gimmicks, just very clever construction of a routine that is not only easy, but practically impromptu!”
–Iain Moran, professional mentalist & magician.

A thought of word is revealed under impossible circumstances. This simple solution to the book test plot should not be overlooked.

THIS, THAT AND THE OTHER – Prediction based business card routine.

COIN FORESEEN – An astounding which hand coin routine with a twist.

CALIBRATE – Reveal your participants star sign and a thought of object. No process to follow, simple, direct and astounding.

CALIBRATE V2 – Reveal your participants zodiac sign. Then a thought of person and object in an unusual manner.

And many more routines, tips and ideas.