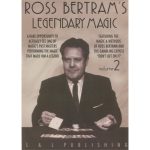 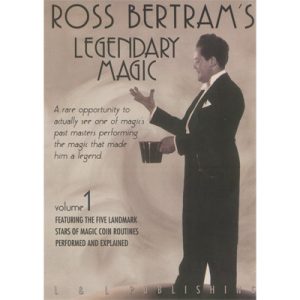 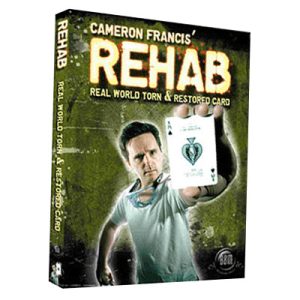 MAGIC AND METHODS OF ROSS BERTRAM – This segment features Ross Bertram performing and teaching many of the classic effects originally featured in his classic book, Magic and Methods of Ross Bertram. Performed and explained are: My Favorite Drink • Broken & Restored Cigarette • Coin Through Hand • Coin Penetrates Glass • Broken & Restored Cigarette #2 • Holdout Palm Performance • Coins Through The Table • Cashing a Cheque

ROSS BERTRAM AND HIS FIFTY-TWO FRIENDS – In this segment, Ross Bertram demonstrates his extraordinary skill with cards as he performs a series of eye-popping card effects-all while blindfolded!

EGYPTIAN CUPS & BALLS – A multi-phase Cups and Balls routine with many original sequences, all performed in the inimitable style of Ross Bertram. Even seasoned Cups and Balls workers will be fooled by much of this routine!