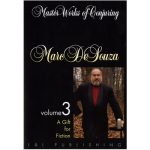 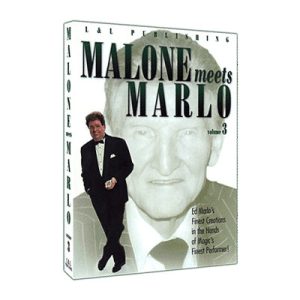 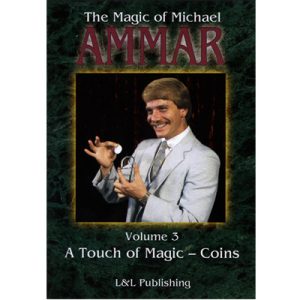 Marc DeSouza has an international reputation in the magic community, having won some of the most prestigious magic competitions in the world. These prizes include three First Place wins in stage and close-up magic competitions from the Society of American Magicians and three silver medals from that same organization. Additionally, Marc is a three-time gold medal finalist in stage magic at the International Brotherhood of Magicians competition and won first place in close-up magic from them as well.

This four-volume downloadset is a departure from what you have seen Marc do. This is the material that he has used to entertain lay audiences all over the world. These are fully routined and scripted presentations that come right out of Marc’s performing repertoire and are a unique offering in the world of magic-real performance pieces that stun audiences. If you are looking for the latest card moves, these downloads aren’t for you. However, if you’re looking for fully crafted magical presentations that you can adapt to your own performance style, look no further. Every detail is here; not just tricks, but the thinking that goes into the creation of magical masterpieces.

Whether you are a close-up, parlor, cabaret or stage performer, there is certain to be something of real interest to you here-classical magic brought up to date, stunning mental magic, and brilliant story-telling. You’ll enjoy and be inspired by the performances. Then, you will learn the real secrets behind these Master Works of Conjuring, most of which are being shown and taught here for the very first time.

Volume 3
A Gift for Fiction

GOOD DECISIONS – A simple, but effective poker deal routine for parlor and stage workers. This is one of Marc’s favorite corporate routines. A spectator is asked to take an unusual test to get a job-a game of head-to-head poker. The applicant makes all of the decisions in an attempt to impress the boss and despite his apparent failure, the applicant makes good on his goal in a surprising finish.

CURSE OF THE RASTA – This is Marc’s stand-up handling of Fred Kaps’ version of a Peter Kane classic. It’s a Wild Card effect, but all of the cards are examinable at the end. A very practical, high-impact packet trick

THE THING – The classic sci-fi film brought to life with a deck of cards. A wonderful adaptation of the Universal Card combined with a truly great script!

THE CONTRACT (limited explanation) – The Torn and Restored Card without a card? Here is an unusual presentation where you offer to teach a spectator the “real secrets of magic,” but first they must sign a contract where they pledge not to reveal the secret to anyone else. The contract is torn up, restored piece by piece, then vanished and reproduced. Logical, compelling and magical. Although Marc uses Daniel Garcia’s Torn (which is not taught), it is adaptable to any method you may already know.

THE WAY TO INNER PEACE (limited explanation) – A charming story to accompany Troy Hooser’s Charming Chinese Challenge. You get the full performance of this story of one man’s search for enlightenment, plus the minor variations Marc has made to Hooser’s original routine.

ISABELLA’S FAN – Based on the classic Germaine/Wakeling effect, this is the story of a woman who took many lovers. Three cards are chosen to represent three of them. The cards are placed into a stemmed wine glass and every time Isabela’s fan passes in front of the glass, one of the selected cards appears on the face of the deck. This is a new handling of a classic technique that opens many new possibilities.

GAMBLER VS. DEVIL – The classic story that has been told in movies such as Crossroads and The Devil and Daniel Webster as well as in songs like The Devil Went Down To Georgia. This time, the medium is magic and Harry Lorayne’s classic Magician Vs. Gambler gets some twists, turns and great characters that add up to major entertainment.

ALICE THRU THE WINDOWPANE – Marc’s closer for nearly 30 years; the perfect card routine for adults and children alike. It’s a magical tale in which a selected card shrinks, grows and disappears, only to become imbedded in a mirror…then the rest of the deck turns to mirrors!

BONUS: 3 COINS AND A HAT