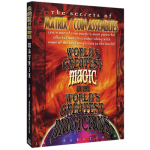 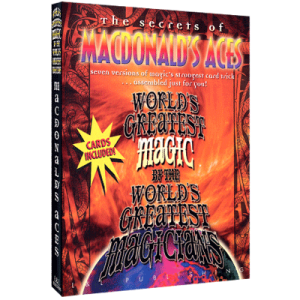 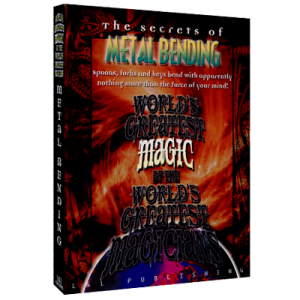 The Secrets of MATRIX / COIN ASSEMBLIES
Learn one of coin magic’s most powerful effects from its creator along with some of the best magicians in the world!

If you could have one set of magic videos, this would be it! This benchmark collection features just about all of magic’s most enduring and classic effects and routines. It’s a fabulous compendium with many of the top masters in the world of magic teaching their handlings and routines for some of magic’s classics. Linking rings, sponge balls, metal bending, cups and balls, thumb tips, Zombie, color-changing knives, and many, many more topics are all gathered in this one terrific video reference set. Each volume covers a specific subject and features new, old, and sometimes rare footage by some of the top video producers in magic.

Close-up magicians have known for years that audiences love the classic plot where four coins individually placed under four playing cards magically gather under one of the cards. It could be convincingly argued that Al Schneider began a revolution in coin magic when he synthesized earlier versions of this plot and came up with Matrix, a direct and streamlined handling of the coin assembly that has spawned countless variations.

On this video, the very best versions of Matrix have been collected along with several of its earlier ancestors. You’ll begin your journey by learning the effect that started it all by the man who invented it – Al Schneider’s classic Matrix. You’ll also learn various handlings of the basic version from Bill Malone and Michael Ammar. Once mastered, you can move on to some eye-popping Reverse Matrix effects, where the coins actually go back to where they came from, with Aldo Colombini and Dan Fleshman. If you’d like to add a killer finale, check out routines by J.C. Wagner and Harry Allen and to prove that there’s more to Matrix than coins hopping around, there’s Dan Harlan’s presentation with a horror movie theme. There’s also Johnny Thompson’s classic presentation with a handkerchief and Derek Dingle’s version of Ross Bertram’s Coin Assembly. And, to top it all off, there’s historic footage of Ross Bertram also performing and explaining his classic Assembly.

To put it succinctly, this has got to be the best collection of coin assemblies ever . . . well . . . assembled.