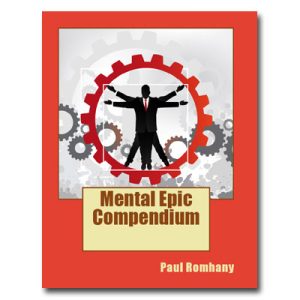 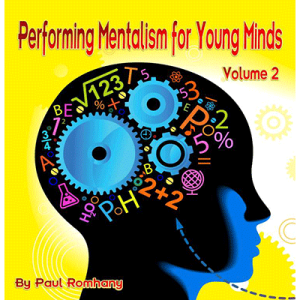 One of the most anticipated books in magic and mentalism has now arrived!!

Paul Romhany has produced the most comprehensive collection of material for the performer who wants to add mentalism in their show from pre-schoolers to high school students. Everything from walk-about routines to birthday party routines to parlor and even stage routines for the family entertainer. Over 265 pages which include a collection of essays on how to perform mentalism for children, plus over forty effects from performers around the world including:

This book covers performing mentalism for pre-schoolers to teenagers, even adults will be fooled and entertained by the routines in this book. A treasure trove of effects, essays and advice from real world performers who make their living by entertaining family audiences. This book is destined to become a classic in both the magic and mentalism field. If you ever wondered if mentalism can be performed for young minds then this book will show you it can, and how to do it.

“The essays in this book are worth the price of the entire book, and more!! The rest of this book is a treasure trove of fascinating mental effects that your young – and not so young – audiences will enjoy. These wonderful effects are so good that I’m tempted to dust off my old Riccardo outfit and start performing again. I know you’ll enjoy this book, and will come back to it again and again in the future. If you have any doubts whatsoever about performing mentalism for children, try one or two of the effects in this book. I know you’ll change your mind. Thank you, Paul, for compiling and publishing this valuable book.”
– Richard Webster

“When magicians and mentalists think of ‘kids’ they think of kids 3-4 years old. This is rarely the case, even for regular kids entertainers. People do not give kids enough credit for being smart. They get mentalism and mindreading, even at the age of five and six. It can be done, and I have done it. They certainly understand when Harry Potter gets a psychic image.”
– Banachek