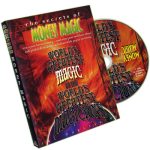 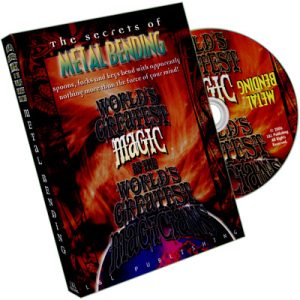 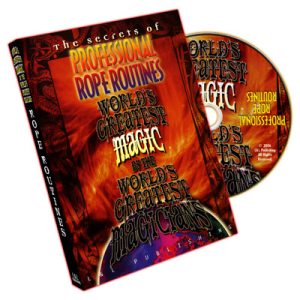 If you could have one set of magic DVDs, this would be it! This benchmark collection features just about all of magic’s most enduring and classic effects and routines. It’s a fabulous compendium with many of the top masters in the world of magic teaching their handlings and routines for some of magic’s classics. Linking rings, sponge balls, metal bending, cups and balls, thumb tips, Zombie, color-changing knives, and many, many more topics are all gathered in this one terrific DVD reference set. Each volume covers a specific subject and features new, old, and sometimes rare footage by some of the top video producers in magic.

Coins have always held a prominent place in magicians’ repertoires but many have missed the wealth of magic potential in paper currency. As it turns out, the sheer variety of plots possible with paper money far exceeds what can be done with its metal counterparts.

On this volume, you’ll discover a wide assortment of tricks, routines and stunts with paper money that is certain to amaze and amuse any audience. What’s more, many of them can be done totally impromptu with nothing more than a borrowed bill or two.

You’ll learn a stunning bill transposition that occurs right in the spectator’s hand from Michael Ammar, torn and restored (and even burned and restored) bill routines from Jeff McBride, Dan Harlan and Tom Mullica, and topological miracles from Jay Sankey, Michael Close and Rober Neale. There’s guaranteed spectator interest when you increase the denomination of bills, such as in Scotty York’s routine, or even change plain paper into real money, as in Mark Leveridge’s brilliant trick.