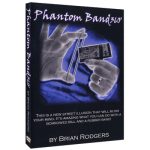 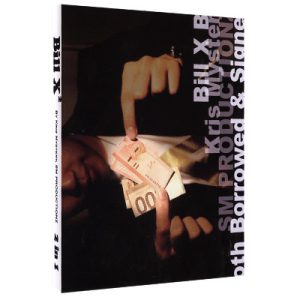 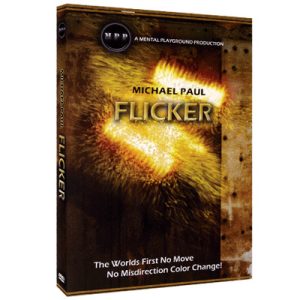 A totally new take on the classic idea of solid thru solid. Here’s how it goes:

Phase One – Borrow a bill and show a normal, everyday rubber band. Fold the bill in half, then fold the bill around the band. One end of the band is inside the bill, with the other on the outside. Then slowly melt the band entirely to the inside of the bill!

Phase Two – Show the bill with the band inside it from both sides. While totally surrounded, take one end of the band out of the bill, leaving the other still hooked inside the bill. Then visibly and slowly melt the band right thru the bill!

The only band and bill penetration effect out there that can be done:


*Also included – variations on the basic effect using other objects other than a rubber band.