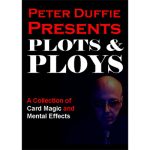 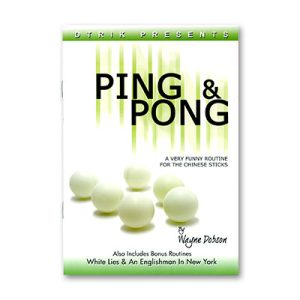 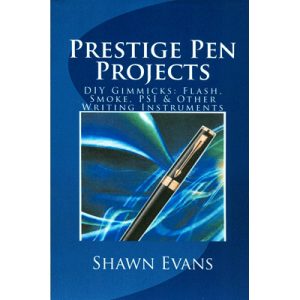 Return to Ipcress:
A handling variation for Jerry Sadowitz’s Ipcress.

Fragmented Thoughts:
You place a sealed envelope on the table or give it to someone for safe-keeping. This envelope contains your prediction. You now bring out four pieces of playing cards: one full-size card, one three-quarter card, one half card and one quarter card. These are placed in a row on the table and mixed. A spectator now picks one of the four pieces. Let’s say he chooses the three-quarter card. The envelope is opened, and the missing quarter is tipped out. Everything can be examined.

Charcol B:
You show the top card of the deck and insert it into the middle, but you leave it out jogged for half of its length. From here, the card is controlled to the top of the deck with ease!

Delivery Date:
A new diary prediction with an unexpected and humorous twist at the end.
Folder:
An easy way of folding a card under fire during an Overhand Shuffle.

Lie Witness 2:
A new handling for Lie Witness that first appears in MAGIC magazine and later in my ebook Obscurities.

Witness in Your Pocket:
Two spectators each select a card. They can sign their cards if your budget permits! You remove the two, black Jacks, place the first selection (A) reversed between them, and then cut the sandwich into the middle of the deck. The other selection (B) is placed on the bottom of the deck. You raise the deck to show that the card is really there. After a riffle, you show the bottom of the deck. The card that was there has now gone. The deck is spread and the Jack sandwich thumbed onto spectator B’s hand. He turns over the face down card between the Jacks to find that, instead of card A, it is now card B, his card. Finally, you reach into your pocket and remove card A.

Book Test 1:
A two-person book test based on ideas of the late T.A. Waters.

Three – Way Out:
A simple three-way prediction, or three-way out. It allows you to show your prediction as three different playing cards. I have included a simple effect after this that uses this utility prediction.

Three – Way Trick:
A simple trick that uses the “Three-Way Out” prediction.

Pivotal Aces:
A quick and visual production of four Aces.
Zodiak:
A previously marketed prediction of a randomly chosen astrological sign. You give a spectator a prediction for safekeeping along with a folded card – not unlike a club syllabus card. You bring out a deck of cards and start to deal (or a spectator can deal) – anyone can stop you at anytime. The card stopped at might be the Seven of Clubs. The first spectator opens the folded card. Inside, all 52 cards are randomly assigned a zodiac sign – against the 7C might be ARIES. The spectator reveals your prediction, which says ARIES! Finally, as an afterthought, the spectator takes the deck and spells ARIES to find his card!

Flat-Pack:
A spectator’s signed card appears as the inner surface of a cardboard rolled up magic wand!

Flat-Pack by Cameron Francis:
Same effect simplified and without a major sleight.

I Know Three Things for Sure by Harvey Rosenthal:
A compelling and entertaining card effect where the performer makes three statements; all of which are true. However, the third one takes the audience completely by surprise.