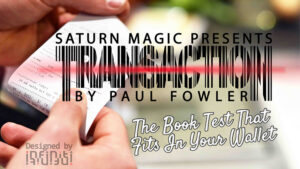 Effect 1: Both hands are shown empty. From nowhere, a single card Magically appears at the fingertips and is tossed into the air and caught. One at a time more cards appear until 5 cards are displayed between the fingers. The cards then Vanish one at a time as they are seemingly placed onto a table or close up pad etc. Both hands are now shown empty.