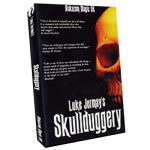 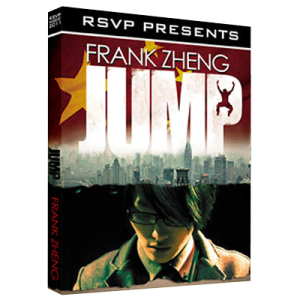 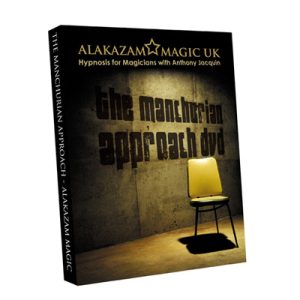 This is the first time Luke has allowed any of his work to appear on film, and we are sure it will prove to be a real treat for magic lovers. This video features material from 7 Deceptions and brand new developments of effects from 7 Deceptions as well as some unpublished material.

For Andruzzi:
Stop your own pulse…with no gimmicks! And-stop a spectator’s pulse without even touching them! No stooges, confirmed by another audience member, this is the real work!

A Twisted Palm:
During a palm reading, the lines on the spectator’s palm apparently move and twist on their own. A stunning combination of linguistics, psychology and neurology.

The 7th Deception:
A new version of an effect that saw print in 7 Deceptions. Mixing suggestion and magic to achieve a powerful and touching moment as well as a strong performance piece of mentalism. This is the way Luke uses this effect in every show.

And If I fall:
A coin disappears from the performers hand reappearing in the closed fist of a spectator.

Synchronized:
A spectator thinks of a time, another spectator amazingly set the hands of a face down watch to the very time thought of by the first spectator.

A Darker Dai:
A brand new version of an effect that first saw print in 7 Deceptions. Five objects are displayed a spectator is asked to simply cast a shadow over one of the five. While the performers back is turned. Upon turning back around the performer correctly senses which of the objects was selected. All wrapped in a neat story making a wonderful performance piece of strong mentalism.

The Burst Bubble Suggestion:
A versatile method of causing a spectator to actually feel their thought “pop” out of their mind and into the mind of the performer.