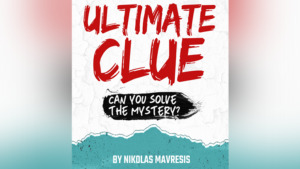 Introducing “Artist Series” where we Skymember Presents feature some of the most talented magicians’ work around the world.

Say hello to Luka Kratsashvili, a young and talented rubber band magician all the way from Georgia.

In this project, you will learn 5 beautiful rubber band:

Dimension Band: A jumping rubber band effect with a twist. Catch the rubber band like a martial artist.

Pop Up: A rubber band appears out of thin air.

What you will receive: