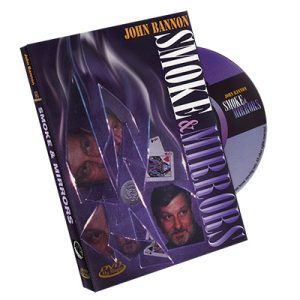 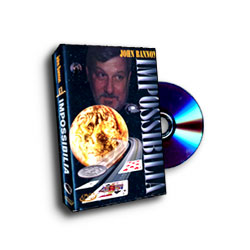 John Bannon is one of the most popular creators of close-up magic. His routines are regularly used by professional and hobbyist magicians. If you don’t have a John Bannon routine in your repertoire you are missing out on professional caliber magic that is practical, commercial and fun to perform.
After the tremendous success of John Bannon’s Impossibilia video and his best selling book Smoke & Mirrors John once again releases some amazing creations. The focus of this program is card magic
that is direct, entertaining and never fails to fool. You will love the many easy-to-perform routines with novel premises and high impact.

Plus performances and explanations to: Detour De Force, Do The ‘Twixt, New Jack City, Timely Departure, Call Of The
Wild (performance only), and Underhanded. Also explained are the many techniques used to accomplish these miracles.