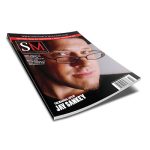 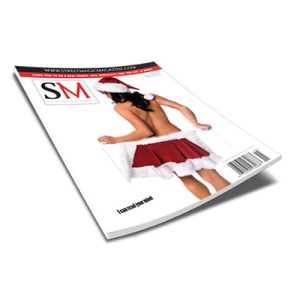 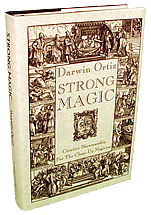 This issue’s Feature is Jay Sankey, one of the most prolific creators in magic. Take a wild ride inside the mind of this enigmatic and somewhat reclusive Canadian.

Jamie D. Grant hits us up again with some great products in action with Magic Friday, and also nails down a fantastic piece on drug abuse.

Cyril Takayama joins the team and puts pen to paper to slam out a homerun with his first magic magazine article ever. He’s also joined by Danny Garcia, who has official started his exciting column On Location And In The Moment. Banachek and business partner Scott Wells are bring tom end mentalism to our readers now too! And Sal “The Hitman” Piacente is bringing us information only a pro of his caliber can about gambling. And can you believe it? Even magician extraordinaire Michael Ammar authored an article for us this time around.

Of course, De’vo is back with a special guest, the Flourishman himself. We’ve also got some great content from James L. Clark, James Harrison, Justin Robert Young, Kostya Kimlat, Kipp Sherry, Dan McLean Jr., Jeremy Weiss, our man Gerry Katzman is back again with his LA Ramblings, and so much more!

And you are going to love this issue’s Magician Death Match featuring Anton LeVay and Mickey Mouse, who duke it out big time only to be visited by South Park Jesus.

There’s tons more content in this issue, more than ever before.

Street Magic is a cross between magazines like Maxim, FHM, GQ, and Thrasher with a magic flavor that makes us stand WAY out from the crowd. We are fresh, up-to-date, and from the streets.

We don’t BS, we don’t play politics, and we are in your face with hard-hitting articles, features, reviews, and in-depth interviews with the hottest magicians around. If some piece in our magazine doesn’t get you pissed off or thinking, then we’ve not done our job.

We are here to provoke intelligent thought, logical discourse, and to positively influence magicians of all levels into thinking outside the proverbial “magic” box, and start pushing our art to the next level.

SM is a magazine for the thinking magician-for artists who don’t want to fall in line and be like everyone else, but want to stand out from the crowd and be proud of who they are, where they are going, what they accomplish, and the legacy they leave behind. SM is about you and we prove that by featuring magicians of all levels. You don’t have to have been dead for 70 years to get the cover.

We are about the rising leaders in magic-the ones who entertain on the street, stage, and screen today, in the near future, and in the days to come. And we are for all the magic shops-the places that got us into magic in the first place. We are not about ad space; we are about content and producing a magazine that increases the public’s interest in our art.

But most of all, we are totally unpredictable. Period. You’ll never know what’s going to happen next in SM-and that’s what makes us really stand out.