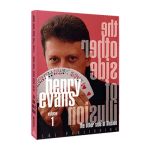 The Other Side Of Illusion Volume 1 by Henry Evans video DOWNLOAD
$34.95 Add to cart 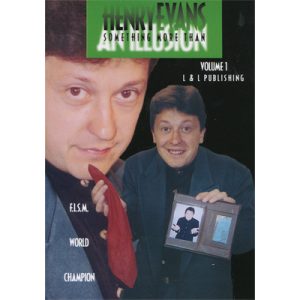 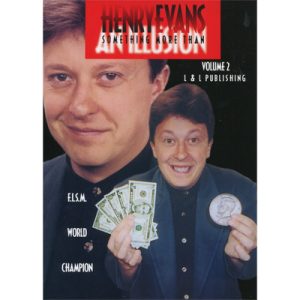 FISM award-winner Henry Evans is back to take you on a guided tour to the other side of illusion – where the impossible becomes possible and wonderful, surprising and often humorous things happen. If you enjoyed his last critically-acclaimed offering, Something More Than An Illusion, you’ve already had a glimpse into the whimsical world of Henry Evans. If you haven’t, you’re in for a rare treat indeed.

Here’s what you’ll see during your journey to the other side of illusion:

IMPOSSIBLE CONTROL 1 – Regardless of how many card discoveries you already know, you’ve never seen one like this! A selected card is found by the performer in a humorous way under impossible circumstances. The spectators shuffle and the performer never sees any cards until the revelation!

IMPOSSIBLE CONTROL 2 – Another jaw-dropping card discovery as the performer finds a selected card returned to a random position in the deck at the position named by the spectator himself!

MEMORIZED DECK – A two-deck stunner that will absolutely convince your audience that you can memorize a complete deck of cards in seconds in order to locate a selected card. You’ll also learn some great lessons on how to add humor and build suspense in an effect.

QUIT SMOKING – A very funny and unexpected effect as the performer produces a long stream of soap bubbles from the end of a cigarette in addition to a twenty-dollar bill. At the end, the cigarette vanishes completely!

IMPOSSIBLE CARDS TRANSPOSITION – You’ll be rubbing your eyes as you watch the backs of two selected cards change colors and are subsequently found in an opposite-colored deck that was in plain sight.

FOUR FOREVER – A stand-up version of Chinese Economy, ideal for walk-around situations with a climax that features the magic happening right in the spectator’s hands.

MATCHING COUPLES – The performer removes the picture cards from the deck and, after they are shown to be mismatched, they magically rearrange themselves by value and suit. For the unbelievable ending, the deck is continually shuffled by the spectator yet the rest of the deck manages to rearrange itself into matching pairs.

Be the first to review “The Other Side Of Illusion Volume 1 by Henry Evans video DOWNLOAD” Cancel reply
SKU: 48052 Categories: Close Up Magic, Download Magic, New