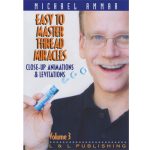 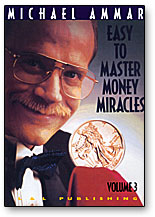 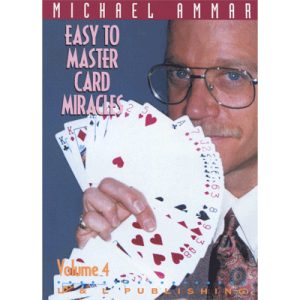 This is the real work on storing, transporting and accessing the invisible threads you’ll use for any type of effect. The majority of this information is being revealed here for the first time in any format, and represents ideal solutions for almost any close-up, stand-up, corporate, bar or restaurant performer.

You’ll also find sources for invisible thread well worth the price of the video to anyone seriously interested in performing magic with thread. You’ll see what types of thread are strongest, ranked in order of strength according to similar dimensions, and how to separate and secure individual strands of the finest invisible thread.

Some of the information featured here has previously been sold individually for large sums of money. You’ll learn the exact method Ammar used to perform the Floating Bill on The Tonight Show, as well as the Steve Fearson Hookup, which creates what some of our greatest minds have called the most amazing magic they’ve ever seen!

Section One – Thread Strength According to Similar Diameters