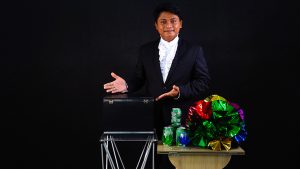 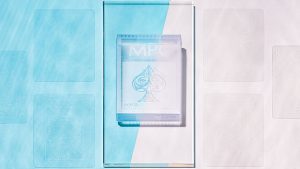 Will it be a boy or a girl? Finding out is the whole point of the increasingly popular Gender Reveal party. And a magical reveal is the perfect choice.

Gender Reveal parties are getting more popular as parents are looking for the most unique way to share in the excitement of learning the gender of their child. And they want to share the excitement of that learning with their friends and families in the most unique way. This is a new market that very few magicians are performing in and it’s wide open.

The magic used to reveal the gender or the name of a child will also move seamlessly into your virtual shows and Zoom performances.

I wrote this book after I started hearing questions from magicians who were asked to reveal a child’s gender in a magical way. I realized there was no resource to use even as a jumping off point. To make this as comprehensive as I could, I’ve included a lot of resources that ultimately will help position you as the go-to expert in this emerging market.

Firstly, the book contains write ups of five full routines. They all involve props that you already have or that can be acquired very inexpensively. And you don’t need to learn all of the routines to be a success in this market.

Second, you’ll get 25 bonus ideas. I sat with a few friends and together we came up with a list of effects and routines that can be made from your existing magic – things you probably already have in your magic room. These ideas will spark your creativity and get you thinking about new ways to use your current magic. You’ll see some ideas from some very creative minds:

Next, I took a look at what it means to establish yourself in a new market. Several chapters of the book are devoted to giving you the tools that’ll help you to become known in this new market and how to leverage the relationships that you make to get repeat bookings in the future. The tips and advice on how to get the best video testimonials from your clients is practically worth the price of the book alone.

Just do your first Gender Reveal party and you’ll have already made back many times your initial investment in this valuable resource. Imagine getting just three or four a year. Could you use an extra source of income?

Click the button now, add this to your cart, and get started!