The Vault- The Evolution Project by Alejandro Navas
$25.00 Add to cart 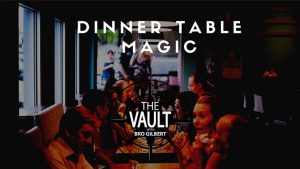 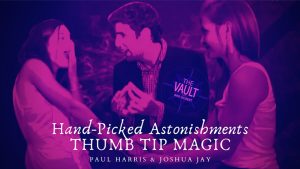 The Vault- The Evolution Project by Alejandro Navas

Diabolical, psychological card magic you can do right through your screen!

Learn 5 knock out card effects that will take your Zoom performances to the next level!

“With this new project of Alejandro Navas you will not only learn how to perform “miracles” in the hands of the spectators, you will also be able to connect with them at a deep level where astonishment and mystery will leave their mark “
– Adrian Lacroix

“These effects are magic in its purest state. Everything happens in the spectator hands!!!. The cleverness of Alejandro to design these routines is INCREDIBLE ! Thank you for this ! Some of these effects will become part of my professional repertoire.”
– Luis Otero

Ale is one of the best and most creative magicians that I know. When I heard that he was putting together a new project on virtual magic I said SHUT UP AND TAKE MY MONEY, then when he performed for me and I felt the TRANSPOSITION happen by distance and in my OWN hands I almost die!!!  This project will open you a whole new world of possibilities and that is one of the best things a RELEASE can do for us. Thank you Ale.
– Nicolas Pierri

“Those wishing to add some interactive card magic to their next Zoom show will find some clever thinking in the Evolution Project!.”
– Shawn Farquhar

If you are one of those who think that the magic has ended… You are wrong, Alejandro Navas has made the magic change and continue to escalate. This material is more than incredible, since the deck is never touched. Simply FASCINATING!
– Ernesto Melero

A spectator on the other side of the screen takes a group of cards from his own deck and shuffles them before fanning them towards the camera. The spectator peeks at one card and keeps it in his mind. He is now the only one on the call that could possibly know what the card is. The magician now asks him to fan the cards towards himself with the backs of the cards towards the camera. The magician demonstrates with his own packet of cards by fanning some as well. The magician and spectator now reach into their spread of cards at exactly the same time and take out their thought of card. Both of the cards somehow match!

A random face down card is selected. The spectator does not look at the card but makes a mark on the face of the card with a sharpie marker, the card is lost back in the deck. After a simple imagination game, the spectator now moves into the physical realm and somehow the card that was marked by the spectator and lost in the middle of the deck has now risen to the top of the spectators deck!

ACAAN through the screen. The perfect virtual closer. A spectator chooses a card and a number. Their chosen card appears at the chosen number.

Be the first to review “The Vault- The Evolution Project by Alejandro Navas” Cancel reply
SKU: 67624 Categories: Close Up Magic, Download Magic, New